Western States is on! 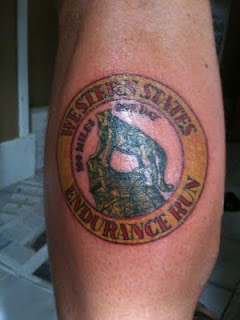 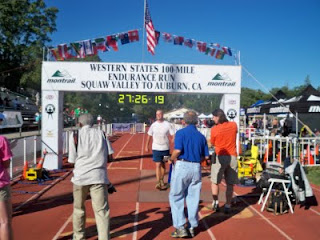 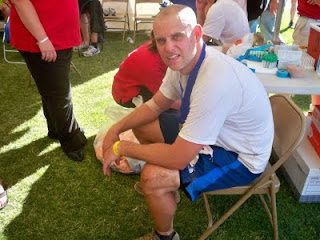 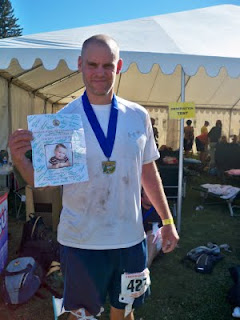 This past December, I was fortunate enough to be selected(AGAIN) for the Western States 100 Endurance Run. The 2010 Western States was my first time running this race, my first 100 miler, and an event that really changed my life. Running to honor Owen Simmons and all the SMA angels made that day so special. It was difficult, epic, challenging, exhilarating, yada yada yada. It was bad ass! Runners from around the world clamor to get one of the coveted spots in this race and I have been fortunate enough to have been selected two years in a row. This year the odds were about 7%-10%. of being selected.
Training was going really well and I had thoughts(however small) of finishing under 24 hours. My mileage was up and I felt so much stronger than I had last year. Ultrarunners often say if your feeling good, just wait a minute, that will change. During a heavy weekend of running I felt some pain in an area that I've never felt before. I noticed a bit of a bulge that wasn't supposed to be there. Long story short, a damn hernia. If I was to be sidetracked, I was to assume it would be from plantars, knees, shins, but no, a hernia. I'm almost ready for the retirement home. This diagnoses put me in panic mode and I was unsure if I would be able to run this years Western.
I was referred to a local surgeon(Dr Nixon) and set up an appt for a look see. I explained my plight to his secretary Olga and she told me she had heard all about Run for Owen and the work we have done trying to raise awareness for SMA. Well Olga in all of her awesomeness snuck me into surgery within 6 days. On April 26th the engine was given an overhaul and I'm feeling ready to go. Dr Nixon was awesome and I highly recommend him for this type of tuneup. I was able to start running again within a week and the mileage has been slowly increasing within the month. Today I was able to do a nice and easy 30 mile trail run with minimal discomfort. I felt strong and I feel ready to go. Again I have been blessed and will be able to toe the line for the Western States. My running angels must want me to kick some more SMA ass! I dont know what that day will entail or how I will feel but i am going to give it my all.
Again we will be fundraising for SMA. I know it is late in the game but I didn't want to go all in until I knew I would have a realistic chance to finish Western States. We will be having some new, fresh, t shirts being made and we are tentatively setting up another fundraiser dinner. More details to follow. Also if you wish to donate directly, you can go to firstgiving.com/gsf and click onto 100 Miles 4 Owen. Again this year I will be taking along my list of SMA angels who have sadly passed away. I carried this list with me the entire 100 miles and looked at it often for strength and inspiration. Sadly there are more names to be added. "This is why we run, we run for those who cant!" Thank you for all your support
Posted by Unknown at 1:07 PM