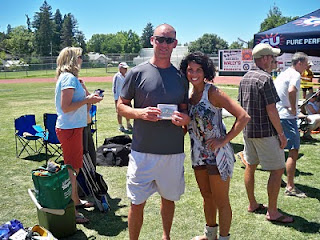 Well 2011 is in full swing and we are in full SMA ass kicking mode. On Sunday March 20th 2011, we will be running the New Bedford Half Marathon in honor of Owen SImmons. As of this writing, we have approx. 90 runners committed to running this race on behalf of Owen to help raise awareness for SMA. All of the proceeds will be going again to the Gwendolyn Strong Foundation and also to raise money for a scholarship fund in Owen's memory. Fund raising is in full swing and so many people are raising a ton of money all ready. My friends Wendy Cordeiro Andre, Matthew Robataille, Mike Bates, as well as many others have raised a ton of money. It is going to be a great day. T-shirts are coming and will be in shortly. They have been specially designed by Owen's big brother Adyn. They look fantastic and will have special meaning. We are asking all runners who wish to run on Team Run for Owen to wear this shirt during the race. After the race, we will be taking a group photo on the steps of the New Bedford Public Library to show everybody how unified we are in finding a cure for this damn SMA. After that it is off to Cafe Funchal for a big ol party. Free food, raffles, band, adult beverages, what else can you ask for. It is going to be a great time. Do you want to join Team Run for Owen? We want 100 runners so we still have room. DO you want to make a difference in a childs life. There will be no better feeling for you when you cross that finish line knowing that you have run for something greater. For more info about the race, please contact me at stephen.taylor5@comcast.net. " We run for those who can't!" PS Owen's mom will be running her first 1/2 marathon in honor of her son. Lets support Heather for her first half marathon!
Posted by Unknown at 3:35 PM